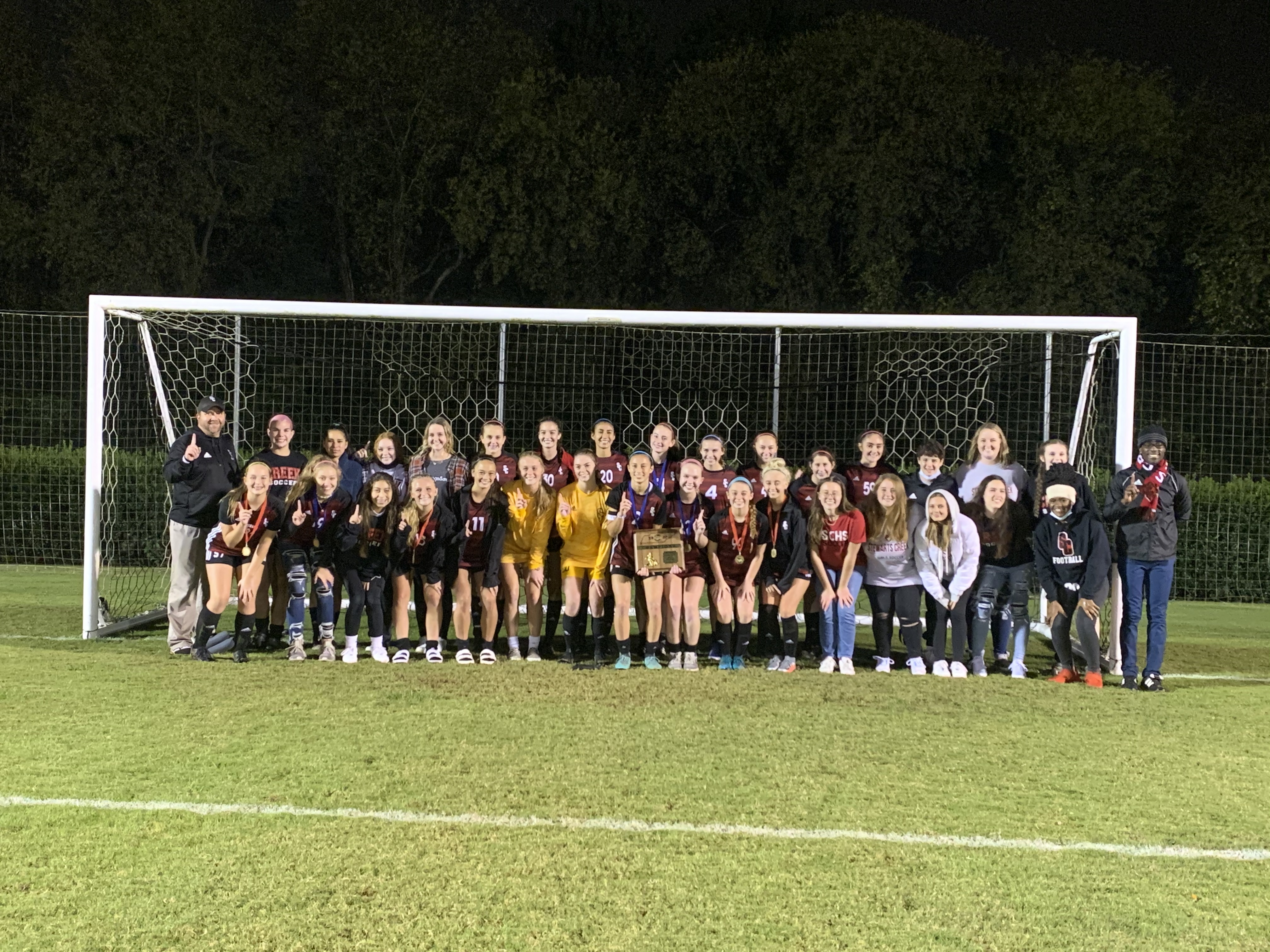 On Thursday night the Lady Red Hawks defeated Oakland 3-1 in the District 7AAA Championship match. It was Stewarts Creek’s 5th appearance in the game over the past 6 years, but this year saw the Lady Red Hawks come away champions for the 1st time in their school history. With the win Stewarts Creek moved to 13-3-1 on the season and earned the right to host the Region 4AAA Semifinal match on Tuesday, October 20th.

Stewarts Creek opened the scoring in the game’s 10th minute when Olivia Marlow connected from the left edge of the penalty area and found the back right corner of the goal after Kendall Smith played over a blocked corner kick. The strike gave Creek momentum along with the 1-0 lead. Oakland quickly answered when Lainey Callis dribbled through the Creek defense before finding the back of the net to make it 1-1 heading into halftime.

In the 2nd half Stewarts Creek and Oakland fought hard and through what became a steady rain. The score stayed even at 1-1 until the 71st minute when Hannah Opie was fouled just inside the penalty area and calmly converted her penalty kick for the 2-1 lead. The Lady Red Hawks added a late goal to seal the win when Hailey Morris scored from a Camden Prosser assist, burying a shot from the edge of the penalty area over the Oakland keeper’s outstretched hands.